Member Stories: How Exercise Helped Me Overcome My Fibromyalgia

On November 25, 2013, my life was forever changed—I had gastric bypass surgery. My husband and I made this life changing decision based on the incredible pain I had been in for the two years prior due to fibromyalgia.

Back In early 1995, at the age of 23, I was diagnosed with rheumatoid arthritis (RA) and fibromyalgia. In 1998, we moved from the northern suburbs of Chicago to Phoenix, AZ because my pain was so bad. We stayed in Phoenix for 12 years before having a mid-life crisis together and decided to move back to Chicago.

Our first two years back in Chicago, I felt great. Then, the pain, agony, and stiffness returned, reminding me why we moved to Phoenix. My mobility was drastically reduced, and I couldn’t do much without enduring massive pain and needing to rest. I was using a cane to walk and my knee was in a brace. I was taking 11 medications, including two injections a day. It came out to be 33 pills a day, except Fridays, when I took 41 pills.

It was a life I couldn’t imagine living forever. I also lived in fear that forever wouldn’t be that long either, since my father (who was also overweight) died of a massive heart attack at age 53 in the middle of the night—the same exact way his paternal uncle died. History wasn’t exactly on my side.

Learning About My Options

In October 2012, my husband and I attended a seminar at Northwestern University for bariatric surgery. We learned about the different kinds of procedures, and I made up my mind then: I was going to have gastric bypass surgery.

Getting to that point proved to be difficult. The surgeon I met with didn’t think I would be a good fit for gastric bypass because of all the medications I was on (he was afraid they wouldn’t be absorbed into my system). He suggested I have the gastric sleeve procedure.

The main difference between the two procedures is with gastric bypass, the percentage of weight loss is greater than with the gastric sleeve, and with gastric bypass you can’t have sugar, whereas with the gastric sleeve you can. I’ve compared my addiction to sugar to that of a drug addict. I can’t just have a little “taste” of sugar, because otherwise, I am going through a half gallon of ice cream and/or a bag of cookies in two days.

Related: click here to sign up for a free nutrition consultation with a registered dietitian at FFC!

My surgeon and I went to battle, luckily my rheumatologist believed in me and told my surgeon there were many different types of medications and that we would try them all if needed. My surgeon finally agreed and performed the gastric bypass surgery on me, but gave me a stern warning that I shouldn’t get my hopes up too high and that he would be happy if I lost 60 pounds.

SIXTY POUNDS? I was 150 pounds overweight. I was NOT going through all of this just to lose 60 pounds…

So for once in my life, I decided to get serious about my weight issues.

My Fitness Journey at FFC

Once I received the all-clear from my surgeon and rheumatologist to exercise, I joined FFC East Lakeview in January 2014.

I was only “allowed” to go in the pool by my doctors. I began with three sessions per week just moving my arms and legs in the water and doing various types of exercises with bending movements. Then I walked laps in the lane. I was only able to do three (back and forth) before feeling like I was going to have a massive heart attack.

My reward for doing my “routine” of exercises was sitting in the whirlpool afterwards. I was so incredibly embarrassed to be there, feeling like a beached whale in my “tent” of a swimsuit. But I kept arguing with myself that I shouldn’t care what others think, nobody knows me there, I’m not there to impress anybody, I’m there to get healthy, start feeling better, and not have my life shortened like my dad’s.

It certainly wasn’t easy. There were plenty of days I didn’t feel like going, especially during the “Snowmaggedeon Days”. Walking through two feet of unshoveled snow when you’re 150 pounds overweight wasn’t exactly easy… But I forced myself to go.

Before long, I was able to do more reps of bending-type exercises, increase my walking laps to five and increase my frequency of attending the gym from three to four days a week! After 4 months, I was able to meet with a trainer, to go over exercises to do in the pool. Then, a couple months later, I met with him again to do dry-land weight training exercises.

By April 2014, six months after surgery, I hit the half-way mark, and had lost 75 pounds! I felt great and was off seven of my 11 medications. Both my rheumatologist and surgeon were ecstatic with my progress. Neither expected me to do so well that soon, which made me more determined than ever. 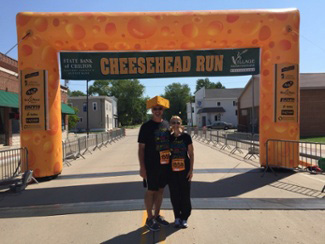 All of this hard work certainly paid off by January 2015 when, 14 months after my surgery, I reached my goal of losing 150 pounds! Two months later, I lost another six pounds.

When I see these numbers I’m completely dumbfounded. I started off in a size 26/28 shirt and 26 jeans. All together, I’ve lost a total of 122 inches, and now wear an XS shirt and size 4 jeans. (It’s such a bizarre feeling to hang up my clothes and see such small articles of clothing.)

Last summer, my husband and I rode our bikes a lot along the lakefront. Each weekend, we increased our distance a little more. I was excited riding from Addison Street to the Fullerton Avenue Beach. A couple of weekends later, I couldn’t believe that we rode all the way to North Avenue Beach, then to Oak Street Beach, and then to Navy Pier. For some that that may not be a big deal, but for someone who hasn’t been able to ride her bike in about 15 years, this was HUGE. I actually surprised the hell out of my husband when we rode all the way down to Soldier Field one day, only having to stop at Buckingham Fountain for a little break. 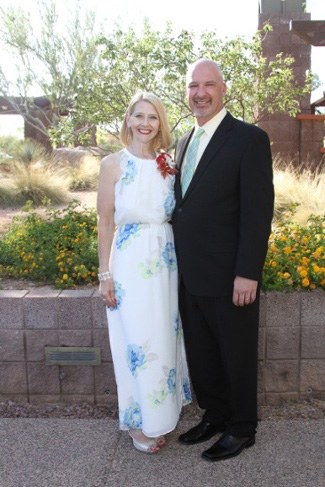 This summer was the summer of size 0 shorts and the 5K. Because of my RA, fibromyalgia, and severe plantar fasciitis, I never could walk very far. But I decided I wanted to participate in my first 5K this past summer. Not only was I able to complete it, but I also completed it in great time! We have done two more since then and have one coming up in December.

It’s such an amazing feeling to be active again when I was literally crippled in pain for so long. I really truly feel like I got my life back. As for my RA and fibromyalgia, both are in remission. I now only take 1½ medications a day. My inflammation level has remained the same, below average, for a year now. (My rheumatologist and surgeon have both said this is practically unheard of.)